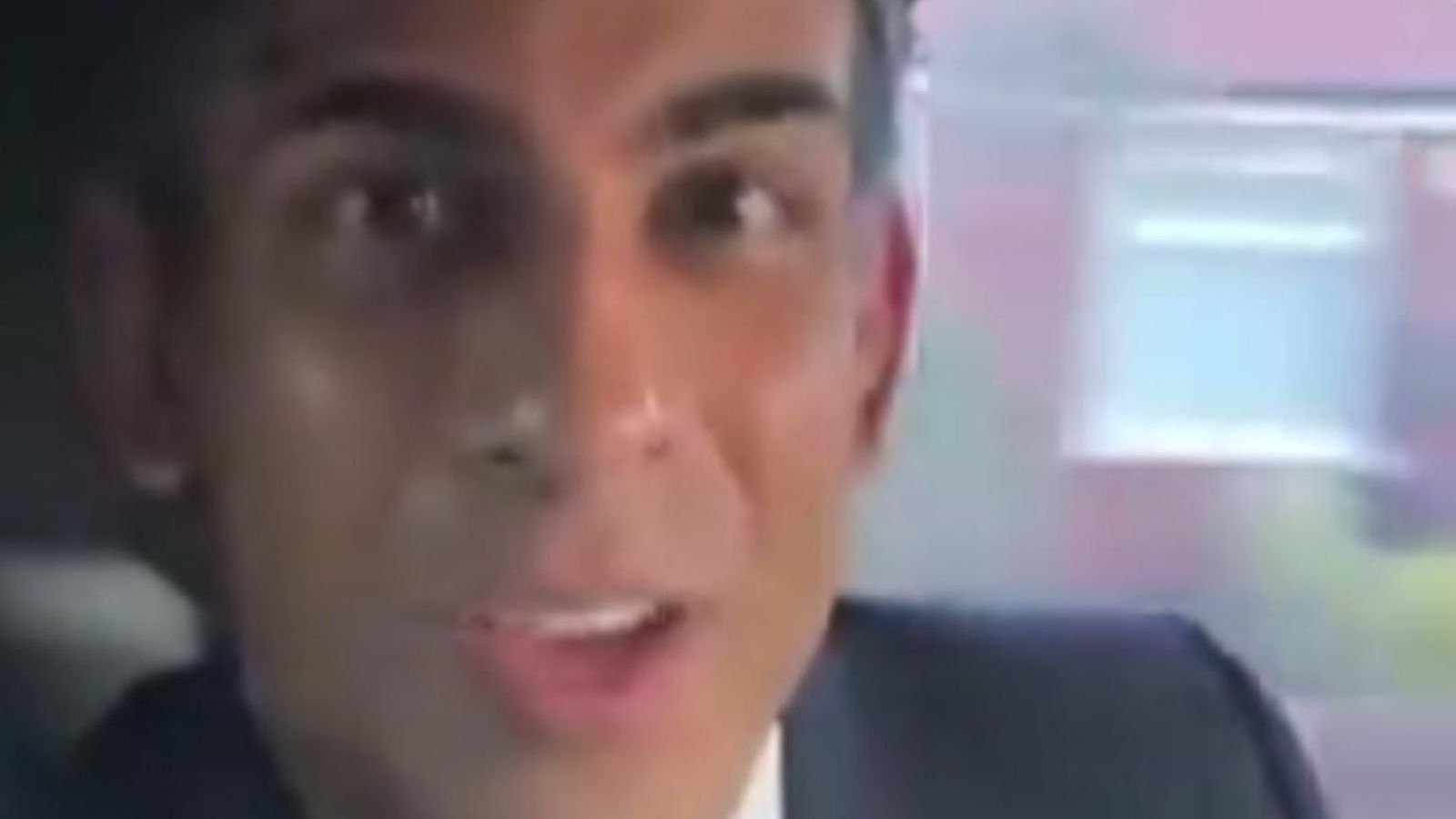 Rishi Sunak has been given a fixed penalty notice after being caught not wearing a seatbelt.

Lancashire Police issued the notice after the prime minister appeared without a belt in a clip on Instagram as he promoted his levelling-up funding in Lancashire.

The PM has accepted the fine.

A Number 10 spokesperson said: “The prime minister fully accepts this was a mistake and has apologised. He will of course comply with the fixed penalty.”

The force said: “You will be aware that a video has been circulating on social media showing an individual failing to wear a seatbelt while a passenger in a moving car in Lancashire.

“After looking into this matter, we have today issued a 42-year-old man from London with a conditional offer of fixed penalty.”

Mr Sunak is the second serving prime minister – after Boris Johnson – to be found to have broken the law while in office.

The prime minister previously apologised for the “brief error of judgment” as he carried out a series of visits in Lancashire on Thursday to announce the latest wave of levelling up funding.

In the clip, police motorbikes escort the car as Mr Sunak addresses the camera.

Mr Sunak has previously been fined by the Met Police for breaking lockdown rules.

He received a financial penalty alongside Mr Johnson from the Metropolitan Police for attending a gathering to mark the then-PM’s 56th birthday – in spite of the coronavirus restrictions in place.

Labour said the PM has been turned into a “laughing stock” following the fixed penalty notice from Lancashire Police.

A party spokesperson said: “Hapless Rishi Sunak’s levelling-up photo op has blown up in his face and turned him into a laughing stock.

“He started the week hoping people would be grateful for a partial refund on the money that has been stripped from them over 13 years of the Tories. But instead he got a warring party and yet another fine from the police.

“Just when you thought this Tory government couldn’t get any more ridiculous, they manage it.”

A Number 10 spokesman said “of course” the prime minister does not believe anyone is above the law, adding that he “believes it is important for people to wear their seatbelt”.

“It was an error of judgment, he removed it for a short period of time to film a clip, which you’ve seen, but he accepts that was a mistake,” the spokesman added.

Fines of up to £500 can be issued for failing to wear a seatbelt when one is available.

There are a few exemptions, including when a car is being used for police, fire and rescue services, and for certified medical issues.

In his first speech outside Downing Street, he pledged “integrity, professionalism and accountability at every level”.

Downing Street will be hoping that once the PM has paid up, voters and journalists will move on and forget this rather embarrassing unforced error.

To Rishi Sunak’s credit, he put his hands up and admitted the error almost immediately.

But it is a reminder that in the top job, with a permacrisis of strikes, NHS delays and high inflation, mistakes can slip through the Number 10 net.

Failing to wear a seatbelt is illegal, but filming it and publishing the evidence on social media suggests a lack of checks within the PM’s team.

This is the second police fine Mr Sunak has received in 9 months, after the Met Police punished him for attending a lockdown-busting birthday gathering for Boris Johnson.

In recent months Mr Sunak has struggled with contactless payments, had an awkward conversation with a homeless man about financial services, and demonstrated a fondness for using private jets to travel around the UK even for relatively short journeys.

Added together, such slip-ups may be exploited by the PM’s enemies to claim he is out of touch.

There is certainly a danger these small missteps distract from Rishi Sunak’s attempts to stabilise the economy and sort out seemingly intractable issues like migrant crossings and delayed discharges.

Like many occupants of Number 11, Rishi Sunak was a ‘submarine chancellor’. Invisible below the waves for months on end, he occasionally rose from the deep to launch a killer economic intervention: his “whatever it takes” COVID budget, the furlough scheme, Eat Out To Help Out.

But as Gordon Brown (the last politician to move from 11 to 10) found, similar manoeuvres are not possible as prime minister.

You are constantly in the spotlight. And it is an unsparing existence.

Labour had said it would be “very serious” if Mr Sunak was to receive a second fine.

One Conservative MP had suggested police were wasting their time by investigating the incident.

Blackpool MP Scott Benton said “politically motivated complaints” about the offence is “not good use of frontline resources”.

Despite only being in office since October, Mr Sunak’s premiership has already been hit with a set of controversies, from criticism for reinstating Suella Braverman as home secretary six days after she was forced to step down over a security breach to an ongoing bullying inquiry into Dominic Raab, the deputy prime minister.

Tories were irritated and angered by Zahawi tax row – what has now emerged makes optics even worse | Beth Rigby
Last words of US man who died after police ‘beating’ were ‘mum, mum, mum’
Wheel-E Podcast: Ride1Up’s SUPER73, ‘New Rad’, teeny tiny e-cars & more
‘It would only take a minute’: Putin threatened to kill me with a missile, Johnson claims
Europe’s crackdown on Big Tech omitted TikTok — but now that’s set to change